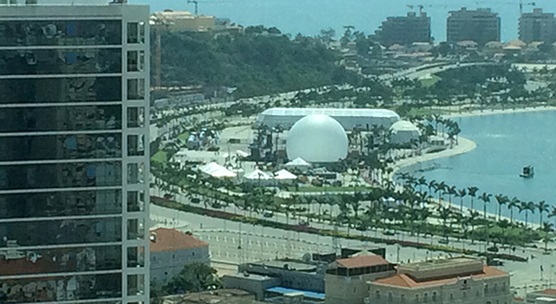 For many years, most international investment in Angola ran into two virtually insurmountable obstacles, which discouraged inversion acceleration.

These two obstacles were the need to count on Angolan partners for any important economic activity in Angola and the difficulties of repatriating investment profits. In practice this meant that the foreign investor risked seeing his share in a business in Angola taken by the Angolan partner and / or failing to recover the money he had invested, as well as the profits. It was a disheartening picture, which only allowed large global companies with sufficient leverage to make investments or encouraged obscure agreements between Angolans and foreigners, which normally took place outside the law.

It is clear that the Angolan economic recovery will have to rely largely on foreign reproductive investment. However, for foreign investment in Angola to become a reality, measures are needed to strengthen the protection of property rights and make financial movements more flexible.

An effort in this direction is being made by the present Government, which must be recognized and encouraged.

We have argued that the Angolan economic model designed since 2002, based on oil exploration and the extravagant stimulus of consumption, did not work. Successful models are generally based on investment (public and private) and exports. This is the path that the Angolan economy should pursue. However, the latest figures have not been encouraging. The indicators of foreign direct investment are bleak, as can be seen in the table below.

In view of this scenario of an abrupt fall in investment that started in 2015, but was more pronounced in 2017, the new Angolan Government, which took office at the end of that year, took several measures to stimulate investment, and above all, remove the mentioned obstacles: weak protection of property rights, mandatory local partner and difficulty in transferring profits.

The measures taken were of a political, legal and administrative nature.

There is a visible effort by the government to create more attractive conditions for foreign investment, this effort is reflected in the attempt to create a more favourable social and political climate, in the new legislation on private investment and in a greater liberalization of financial movements. The dangers of absorption by the local partner or the impossibility of transferring profits are thus mitigated.

The United States Secretary of State Mike Pompeo confirmed in February 2020 that several US companies are willing to invest more than US $ 2 billion in Angola.

The Africa-Korea Economic Development Association (AKEDA) will contribute US $ 2 billion to finance the construction of a thermoelectric power station in Benguela province, the institution’s secretary-general announced in Luanda, also in February 2020. Siwoo Chung informed that the amount is part of a global amount of US $ 5 billion that the association plans to invest in several projects in partnership with the Angolan State.

The German chancellor, on a visit to Angola, also offered broad support in the development of the country’s infrastructure, in unquantified values.

Swiss-based company Webcor is expanding the grinding company Grandes Moagens de Angola and plans to invest US $ 250 million in five years. Among the investments is a new factory, in the port of Luanda, which transforms 1200 tons of wheat into flour and bran daily. The regional administrator in Angola for the Webcor Group, says that the company has benefited from obtaining faster visas for investors and workers, lower costs and easier rules for investment.

It appears that there is a clear focus on the Angolan Government in creating a more attractive framework for foreign investment and that there are already some positive signs. However, this is not enough and additional measures are required, many of which are pragmatic.