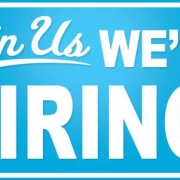 Introduction: the magnitude of the unemployment problem and the need for a systematic government response

In Angola, in the third quarter of 2020, the unemployment rate stood at 34%[1]. This number corresponds to a chain increase (i.e., compared to the previous quarter) of 9.9% and homologous (referring to the same period in 2019) in the order of 22%[2]. In view of these data, whatever the perspective adopted, it is easy to see that unemployment is a fundamental and serious problem facing the Angolan economy and societies.

So far, the government recognizes this problem, but is betting on the recovery of the economy at the private sector level, to resolve the issue, believing that the State can do little to face the situation. The solution lies in economic growth and business dynamism, says the executive. The President of the Republic, João Lourenço, was clear in the last speech of the State of the Nation when he stated: “priority of our agenda [is): to work for the resuscitation and diversification of the economy, to increase the national production of goods and basic services, to increase the range of exportable products and increase the supply of jobs. ” João Lourenço makes an indelible link between the diversification of the economy and the increase in national production and the decrease in unemployment.

Basically, the government relies on the traditional postulate stated by the American economist Arthur Okun, according to which there would be a linear relationship between changes in the unemployment rate and the growth of the gross national product: with each real GDP growth in two percent would correspond to a one percent decrease in unemployment[3]. The truth is that several empirical studies do not confirm this empirical relationship at all, and in recent years in several countries around the world, an increase in GDP has not led to a sharp decrease in unemployment, while in other cases it has, therefore, it is difficult establish a permanent relationship between unemployment and GDP. In addition, the magnitude of unemployment in Angola would imply that in order to decrease the rate for the still frightening 24%, GDP would have to grow 15% …

The fundamental issue is that the problem of unemployment in Angola is not cyclical, but structural, this means that it is closely connected to the permanent deficiencies of the Angolan economy and does not have a mere dependence on the economic cycle.

The fact that the problem of unemployment is structural and of an economic recovery for the years 2021 and onwards is only between 2% and 4% of GDP[4], according to the current IMF projections, imply that such economic animation will have little impact on employment.

In this sense, it is essential to understand that the solution to the problem of unemployment does not depend only on the market and the economic recovery, it requires, at least in the short term, the muscular intervention of the State. It is in this context that this proposal for a pilot experience arises.

Starting from the first experience of universal employment guarantee in the world, designed by researchers at the University of Oxford and administered by the Austrian Public Employment Service, which takes place in the Austrian city of Marienthal[5], the same methodology would apply to a specific location in Angola, possibly, to a specific municipality in Luanda.

According to this regime to be implemented on an experimental basis in a municipality in Luanda, a universal guarantee of a properly paid job would be offered to all residents who have been unemployed for more than 12 months.

In addition to receiving training and assistance to find work, the participants would have guaranteed paid work, with the State subsidizing 100% of the salary in a private company or employing participants in the public sector or even supporting the creation of a microenterprise. All participants would receive at least one minimum wage set in accordance with the Presidential Decree that regulates the matter appropriate to a life with dignity.

The pilot Design would work as follows:

i) All residents of the chosen Luanda municipality, who have been unemployed for a year or more, will be unconditionally invited to participate in the pilot design.

iii) Subsequently, participants will be helped to find suitable and subsidized employment in the private sector or supported to create a job based on their skills and knowledge of the needs of their community or will still be employed by the State.

iv) The job guarantee ensures three years of work for all long-term unemployed, although participants may choose to work part-time.

Fig. No. 3- Brief description of the pilot employment design

In addition to eliminating long-term unemployment in the region, the program aims to offer all participants useful work, be it in paving streets, in small community repairs, in a day care center, in the creation of a community cafe, in access to water and energy , basic sanitation, in the reconstruction of a house, or in some other field.

The pilot project is designed to test the policy’s results and effectiveness and then be extended to more areas of the country.

Thus, the President of the Republic spoke in the most recent speech by the State of the Nation mentioned above.

Now, nothing better than to allocate part of these recovered funds to the promotion of employment. Consequently, an amount withdrawn from there would be used to create an Employment Development Fund which we would simply call, because of the origin of the amounts, “Marimbondos Fund”. This Fund would receive part of the recovered assets and would use them to finance initiatives to promote employment such as the one presented here. Money withdrawn in the past from the economy would return to this one to foster work for the new generations.

With this self-financing model, any constraints imposed by the International Monetary Fund or the need for budgetary restraint would be removed. The promotion of employment would have its own funds resulting from the fight against corruption. There doesn’t seem to be a better destination for money than that.

Fig. No. 4- Financing the pilot Design 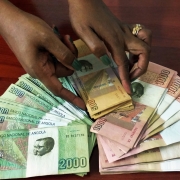 The devaluation of Kwanza and inflation 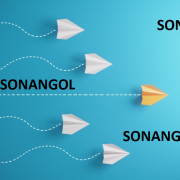 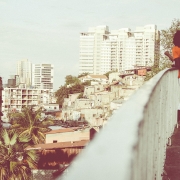 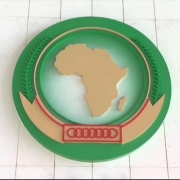 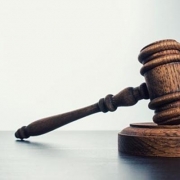 Rule of Law and Corruption in Angola: for a mini-system of justice against corruption 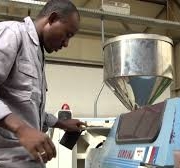 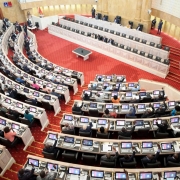